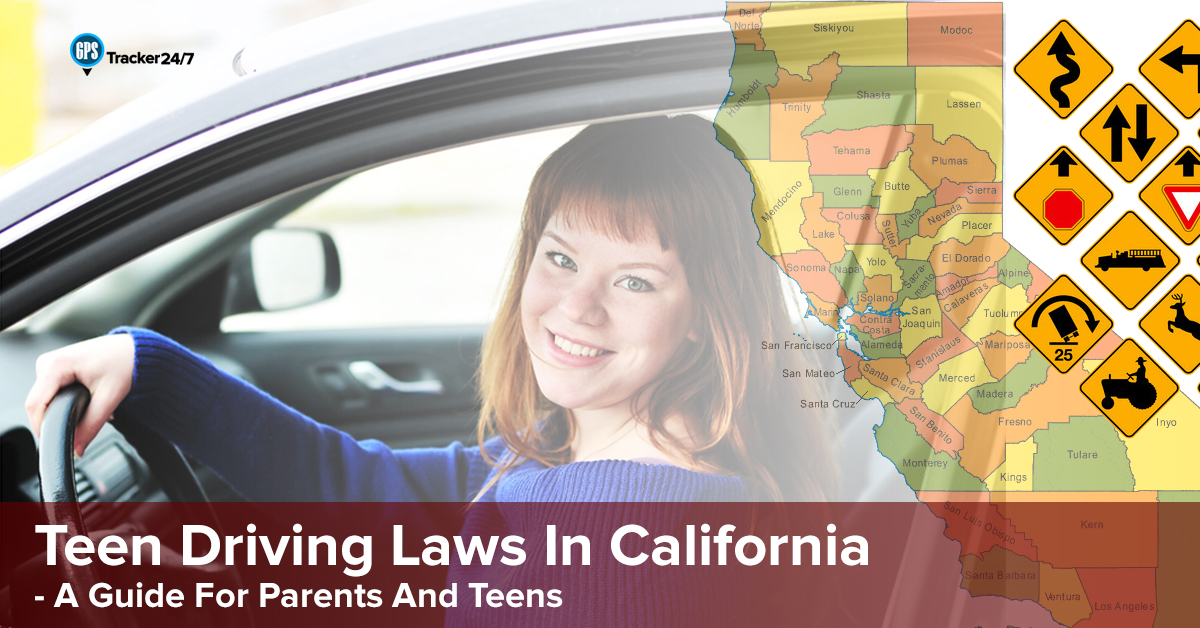 Teens are particularly vulnerable to traffic accidents, although collision fatalities incidence remains higher than in other age groups. 16-19-year-olds commit the most traffic violations. These violations cause collisions. This age group’s fatal crash rate per mile is three times that of 20-plus-year-olds.

Teen drivers need the experience to assume adult responsibility. Teen driving rules limit their privileges to keep roads safer. Adhering to the Teen Driving Laws In California and expanding teen drivers’ rights may help them acclimate to driving and learn about road risks.

Teens need permission to drive before they may do so legally. Minors under 18 must have an application signed by a parent or legal guardian to apply for a permit in the state. A learner’s permit can be applied for at the age of 15 and a half. Applicants between the ages of 15 and 17 must show proof that they have either finished a driving education program or are enrolled in and actively taking part in a driver training program that has been approved. While 17-and-a-half-year-olds are not obliged to undergo driver’s education, they still must wait until 18 before applying for a driver’s license.

Young adults must score well on a written test before they may apply for a license. If they don’t pass, they can try again after waiting seven days from the day they fail.

A teen’s driving permission is invalid until they have completed their driver’s education. A driving school instructor must sign a driver’s permit to be legitimate. Teens in California must get behind the wheel with a licensed adult of at least 25 years, such as a parent, guardian, driving instructor, spouse, or other licensed adult. They need to be seated so they may quickly take over driving duties if the need arises while the adolescent is behind the wheel.

Teens with a provisional permit cannot drive alone for any reason, including to and from the DMV test appointment.

California passed severe restrictions in 2006 limiting the actions of teenage drivers. Provisional license limitations have recently been made mandatory for minors under 18. In the first year of licensing, some prohibitions exist on where and when teens can drive with a provisional license. Among the stipulations are the following:

California driving laws states that it’s illegal for anybody under 18 to use a handheld or hands-free mobile device while driving. Among drivers under the age of 20, they are texting while behind the wheel has quickly become the primary cause of fatal accidents. The scariest part of this issue is how many teenagers still choose to use their phones while behind the wheel.

One exception to this rule is the usage of a teen’s cell phone to call 911 in the case of an emergency.

In exceptional cases, and only if the youngster obtains a written statement outlining the exemption’s reasons and expiration date, a waiver of restrictions is possible. Here are a few of them:

The police have some leeway in deciding how to handle unexpected situations. California’s teen driving regulations don’t outline any circumstances in which a minor can drive for an emergency, except for using a cell phone.

Aspirants can complete the Driver’s License & ID Card Application online, and their parent(s) or legal guardian(s) can sign the form electronically.

How to Apply for Provisional Driver’s License

Aspirants can apply for a provisional driver’s license once they’ve had their permit for at least six months. Applying minors must be at least 16 years old and provide documentation of completing a driver education and training program.

The juvenile’s parent or legal guardian must sign the instruction permit, which verifies the youngster has logged 50 hours of behind-the-wheel training under adult supervision. It’s also important to note that applying minors must spend ten hours driving at night in California. An application cost is also suitable for a year but doesn’t get refunded. During that time, the applicant can reapply for free if they cannot meet the criteria.

Multiple knowledge examinations and a driving test are required of applicants. After three failed attempts, the applicant must file a new application. In the event of success, they will be issued a provisional license.

More stringent rules and regulations apply to teens with provisional licenses in this state. Each infraction on a teen’s driving record results in more points added by the state. When a kid accumulates two or more points in 12 months, their driving privileges are suspended for 30 days. A one-year probation and a six-month suspension apply if they rack up three or more points. If the kid breaks the terms of their probation, their suspension might last past the age of majority. They might be required to perform community service or pay a fee for some violations.

Take a look at the space just to the left of the photo. The validity period will specify for what period the license is valid. A year after the indicated date, some limitations will no longer be in effect. Once the driver becomes 18, they can pay a fee and acquire a new license without the provisional date.

The restrictions of a provisional license also apply to motorcyclists; typically, underage riders are not allowed to transport passengers and may only ride during daytime hours. They can’t use any major highway or freeway either.

California’s teen driving legislation aims to eliminate collisions’ potential causes. However, other elements increase the danger posed by teenage drivers on California’s roads and highways. The issue isn’t exclusive to a single country or region, though. There is still a pervasive nationwide problem with teen accidents and fatalities.

In all 50 states, learners must complete a series of stages before legally operating a motor vehicle.

Teenagers may gain valuable first-time driving experience in safer environments. Next, they take them through a series of escalatingly challenging driving scenarios.

The number of accidents involving teenagers on the road has decreased thanks to these initiatives. However, for them to be effective, they require cooperation from both parents and drivers. Teenagers are more prone to car accidents for several reasons, including their lack of experience behind the wheel.

Their brains and minds are still developing, so they can’t be expected to think like grownups. These factors may contribute to their increased likelihood of being involved in an accident:

Teens more prone to disregard underage driving restrictions are those who participate in dangerous activities, including drinking and drug use. The fear of being discovered is what keeps them up at night. That doesn’t happen nearly often enough until a fatal accident occurs.

Who is Responsible if the Teenager is at Fault?

Parents are responsible for their kid’s actions if the teenager is behind the wheel with a Provisional license. A provisional driver’s license is an acceptance of responsibility from the adult who signed for them. And it means that parents may be held chiefly financially responsible for the harm caused to others. For the state of California, these are the maximum amounts allowed:

Actions Against the Provisional Driver’s License

Holding on to Driver’s Provisional License DMV will keep track of teenagers driving records and take the following steps if they get into an accident or break the law:

Any rule, suspension, or probation will last until the end of its term, even after you turn 18. If your driving record calls for it, DMV could take other, more decisive steps. Remember that you can’t drive in California if your license has been taken away or suspended.

Takeaway – Having A Conversation With Your Teen About Safe Driving

Parents struggle to bring up the importance of safe driving with their teenagers. A parent-teen driver contract is one approach to the issue. Signed promises from both the parent and adolescent create a legally enforceable agreement between them. Be a role model and a safe driver at all times. If a collision is avoided, no one will sustain any losses.